This January 13th, 2020, This is Bankruptcy attorney Jeff Kelly and today I would like to speak with you about how the 11th Circuit has laid out a roadmap for the rules for Discharge Violations.

So, I want to start off here talking about the stupidity of banks. What kind of creditor is dumb enough to violate bankruptcy laws and send collection letters to a debtor after a debt has clearly been discharged? In a Chapter 13 bankruptcy, answer? Nation Star Mortgage.

In the case of Arlene Roth, she clearly intended to surrender her house under chapter 13 bankruptcy that was filled December 22nd 2010. Roth received a discharge on June 27th 2014. Nation star was notified of the discharged and they received many, many, many letters and they clearly knew about the discharge. About 4 months after entry of discharge, the bank started Roth monthly statements related to her mortgage.

Can you imagine the stress of going to 4 years of a bankruptcy case, fighting to make it work, pull it together, you do, you get your discharge and then? You start receiving collection letters.
I bet this was extremely stressful on miss Roth. Nation Star never foreclosed on the property during the entire time of her Chapter 13. Who is dumb enough to let a house sit for 4 years and rot? Answer?Nation Star Mortgage.

Roth’s attorney contacted Nation Star and was ignored. The statements kept coming. Roth then filed a motion of sanctions in bankruptcy court alleging the statements violated the section 25 24 of the bankruptcy code. She also alleged that there was a civil action that the bank violated the “fair debt collection practices act” and the “Florida consumer collection practices act”.

Nation Star made the very smart move and settled the case. After the litigation was resolved, the bank was dumb enough to send an informational statement. The statement contained the due date and instructions on how to pay Nation Star.

Roth then filed a 2nd civil suit against Nation Star. Another smart move. Nation star settled again. How can a bank be so dumb to send notices to a debtor in a case they settled for sending notices? Why does this happen? My theory is that bad computer programs run a lot of banks and that there’s no human being making the decision whether to send or not to send. That’s just my guess, I don’t have anything to back this up, it’s just a theory I have but if I’m right, that would make sense why people who have filed bankruptcy keep getting notices. And I suspect, again, that many banks have decided that it’s cheaper to just settle a few cases every now and then, than spend the money that it would take to revamp entire computer systems.

So, Roth filed another motion of bankruptcy court seeking sanctions for the 2nd violations but did not succeed on this one. The Court dismissed the motion finding that the statement was not an attempt to collect a debt. The District Court affirmed as did the 11th Circuit. If you would like to read this decision, go to my website Kellycanhelp.com and you can type in the 11th circuit lays out rules for discharge violations in the search bar and it should pull up under my blog.

So, what happened here?

Why did the Court decide this? Well, let’s start with section 5 24 A2. It states that the bankruptcy discharge “operates and injunction the commencement or continuation of an act to collect such debt.. Keyword here is “collect”. And in the Roth case, Judge Brandt found several reasons to conclude that the objective letter was not to collect. Court states, as an initial matter the disclaimer is printed in bold in the first page of the statement and declares it’s for informational purposes only and is not intended as an attempt to collect or assess or recover a discharged debt from you or as a demand for payment from any individual protected by the United States Bankruptcy code”.

Sections 5 24 A2 and 105 A authorize a court to impose several contempts saying sanctions for attempting to collect a discharged debt when there is no objectively reasonable basis for concluding that the creditors conduct might be lawful under the discharge order. C. Taggart V. Lorenzon.

A court may hold, in that case the court states and I quote: A court may hold creditor in civil contempt for violating a discharge order if there is no fair ground of doubt as to whether the order barred the creditors conduct. Hmmm, no fair ground of doubt, so that’s the new test? What should a person do when they keep receiving letters on debts that were discharged in their Bankruptcy case?

The answer to this question they must see the letter and get it reviewed by their bankruptcy attorney.

Ding ding ding..! Could be worse for somebody? Maybe, maybe not?
Is there a fair ground of doubt as to whether the order barred this creditors conduct?
Need to talk to your Bankruptcy attorney to find out.

If you’ve got any questions, if you want to sit down with me for a free consultation to review whether Chapter 13 or Chapter 7 might be a good option for you, give me a call at 770 8818 449. If you want more information about the bankruptcy process, feel free to go to my website I’ve got a free book on Chapter 13 and 7 we have office locations in Marietta, Kennesaw, Douglasville, Dalton Georgia, Dallas Georgia, Rome and Cartersville.

Thank you very much for Tuning in!
I appreciate you. 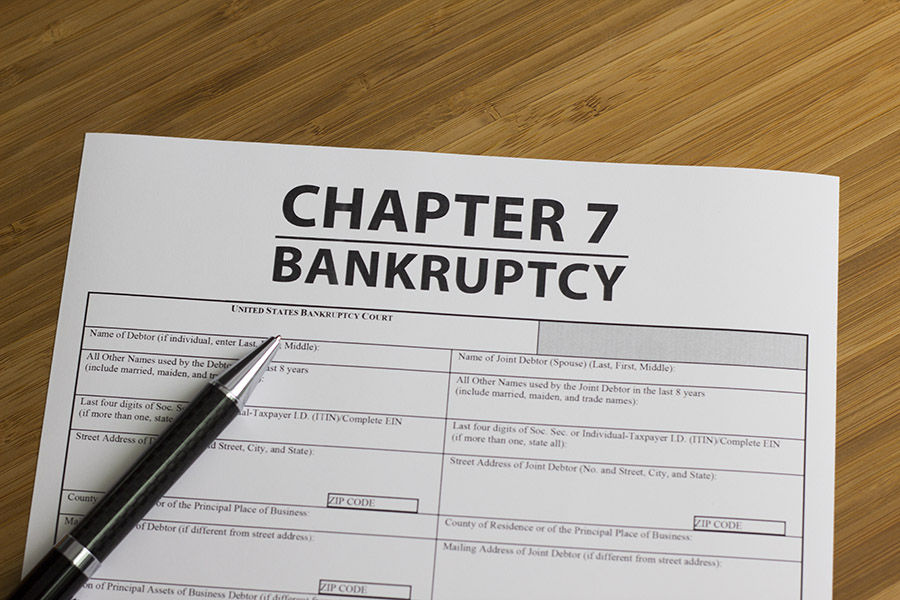 File Bankruptcy without leaving your home

Transcript: Hello, this is bankruptcy attorney Jeff Kelly Today is August 3, 2020. And today I’m going to be talking about how you can currently file bankruptcy without ever leaving your home. One of the few good things that has come out as a result of the covid-19 pandemic is that you can now file bankruptcy without ever leaving your house. You can even attend your court hearing via telephone now from the comfort and safety of your home. Before COVID-19 hit, you had to physically appear in one of our offices, and a bankruptcy attorney had to see you physically sign the documents. And for many people who have to juggle busy work schedules and family schedules, it was difficult at times to physically get into the office. Traffic delays used to wreak havoc on some of our sign appointments. Now because of the shelter in place concerns, the bankruptcy court allows us to file your case without you ever having to come to one of our offices. Here’s how the process works. Step one, we conduct your free initial consultation with you by phone. During this conference, we want to review all of your debts, lawsuits, assets, income and expenses with you. Our goal is to get a feel for your entire situation. At the end of this free consultation, we will clearly explain to you why chapter 13 or chapter 7 bankruptcy is or is not a good option for you. Unlike many other bankruptcy law firms, you will be able to talk directly to an experienced bankruptcy attorney ... 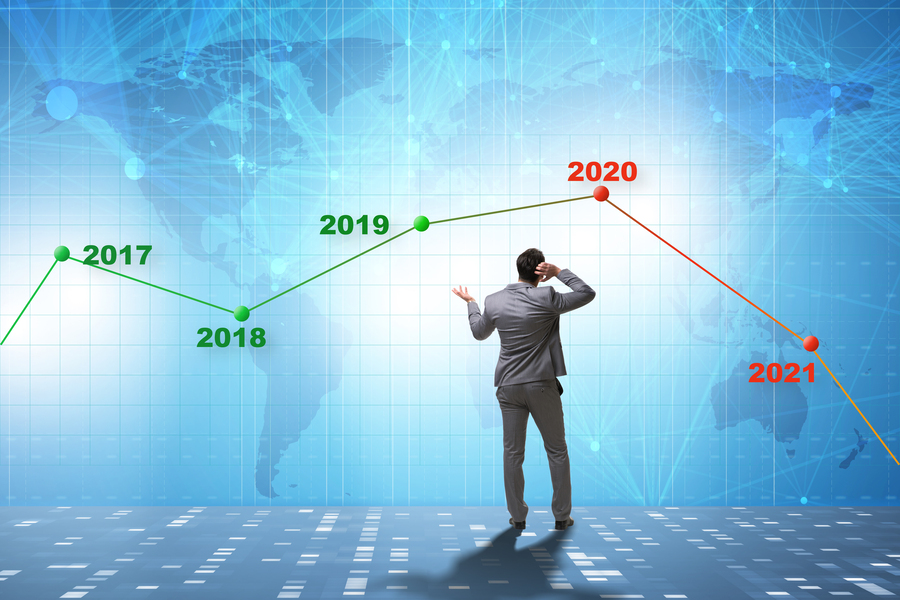 Transcript: Intro Speaker: It’s time for Kelly Can Help hosted by Jeff Kelly, Attorney at Law with the Law Office of Jeffrey B Kelly. And now here’s Jeff Kelly. Jeff Kelly: Hello, this is Jeff Kelly. And here we are on January 6 2021, is the date of this recording. And today, what I would like to talk about is the current state of bankruptcy, some changes that may be coming down the pipe. So as a consequence of the elections, it does look like the democrats are going to have control over the Senate, and there is some Bankruptcy Reform that is most likely going to come down the pipe and looks like it may pass. And I don’t have all of the details yet. But one of the biggest things that is coming is that student loans are going to be dischargeable in bankruptcy, that’s going to be huge. And that’s that’s going to create a flood of cases. Jeff Kelly: So what does this mean for people who are in debt right now? Well, one of the biggest mistakes that I see people make about filing is they just put it off too long. And it can create a lot of problems waiting too long. It and there’s no sense in doing that. It’s a free consultation to call us. Jeff Kelly: Let me give you an example of people who wait too long they get in to fix they have some debt hanging over their head. And and they they could qualify right now today, they could wipe the debt out and ... 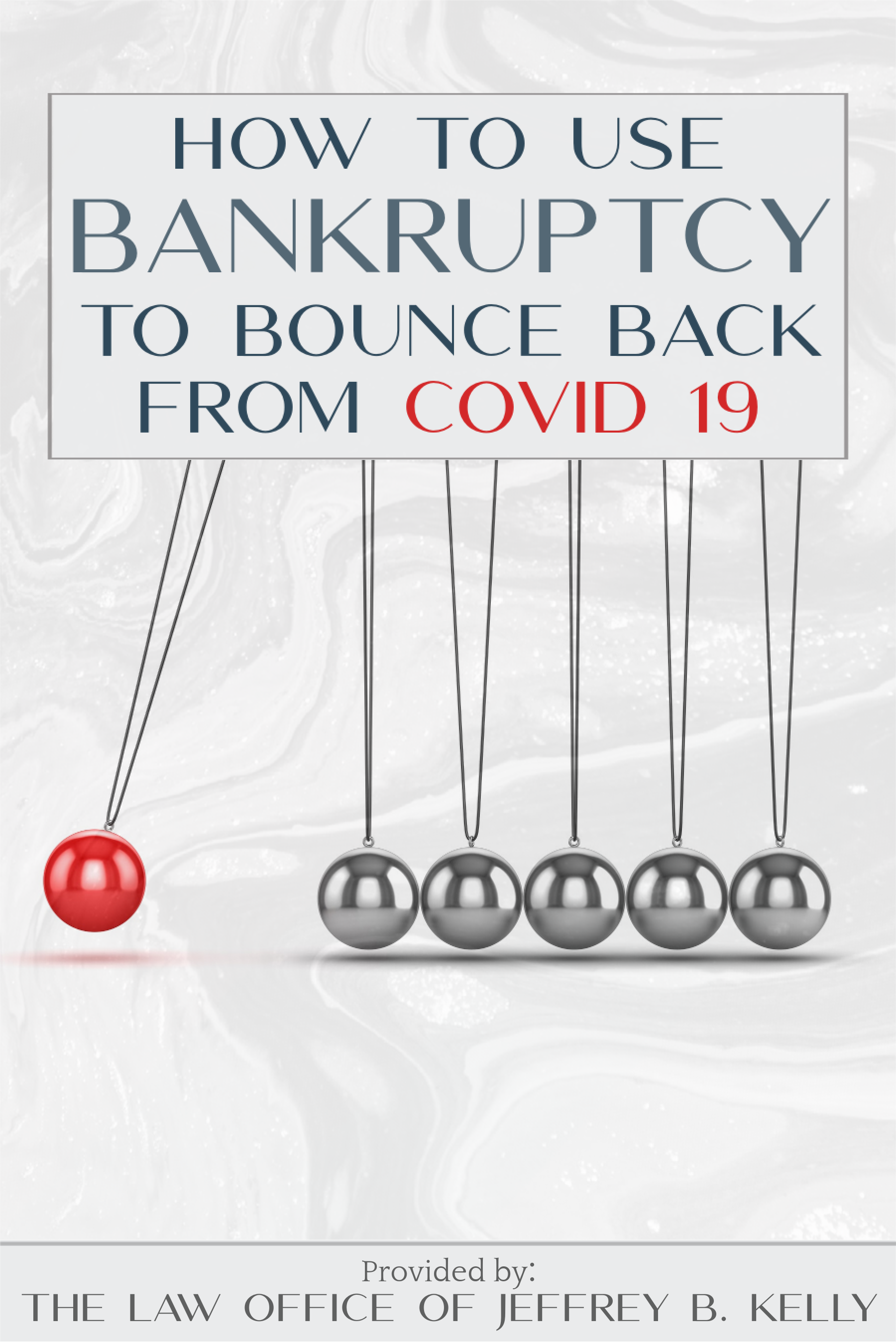 Bankruptcy and Bouncing back from Covid-19

Hello, this is Jeff Kelly and Today is September the 16th 2020. And today we’re going to be talking about using bankruptcy to bounce back from COVID-19. Do you remember where you were when you first realized that COVID-19 was going to alter the course of your entire life? I remember the restaurant. I remember the smells. I remember the family members that were sitting with me. March 2020, was the absolute strangest month of my entire life. How do you really prepare for a national shutdown? Do you remember the empty shelves at the grocery store? I do. The past six months have seemed like such a strange, bad dream. Well, what do we do now? Lay down and give up? Well, you can’t. There’s people depending on you. We’ve got to move forward. And for many people in this country, bankruptcy is going to be a good tool to help bounce back. COVID-19 has caused massive amounts of unemployment. After it hit, over 40 million people in this country lost their job due to the shutdowns. Well, the stimulus money certainly helped. Lots of people still missed many months of mortgage payments and car payments. But the good news is that chapter 13 can help people catch up on the past due payments. Chapter 13 stops a foreclosure of your home. Chapter 13 stops the repossession of your car. This past week, NBC reported that the unemployment rate has fallen back into the single digits. For the first time since the pandemic began and that over 1.4 million jobs were added to the economy ...